One of the longstanding frustrations for businesses that are interested in participating in the markets for certified wood products is the confusing and overlapping rules and terminology.  The leading programs we work with – Forest Stewardship Council (FSC) and Sustainable Forestry Initiative (SFI) – are both nearly 25 years old, but we still, regularly encounter folks with questions about “the FSI or SFC Programs”. If the program names still confuse people, the underlying details are even worse.  What is the difference between FSC-STD-40-004 and FSC-STD-40-007? And what exactly is SFI Certified Sourcing (SFIS Section 3, Appendix A)?  The idea of “green” certification for paper and wood products is familiar and enormously successful.  But the details remain complex and confusing.

MixedWood has promoted the idea of “Easy Chain of Custody” since our inception.  We wrote a series on this subject back in 2014 and are proud of our reputation for simplicity and streamlining of the programs.  So why are we writing about the new, generic ISO standard for wood product Chain of Custody?  And why do we like it?  Read on and we’ll try to explain.

Because Sustainability is Hard

One of the core principals of our approach to Chain of Custody is that it should be easy.  That is because the purpose it serves is a simple one:  to facilitate reliable, traceable information about wood-based products and materials in a supply chain.  It is important that we keep this process simple precisely because the thing that we are trying to trace – sustainably sourced forest products – is very, very complicated.  Growing trees is hard.  Growing trees in a responsible and sustainable way is even harder.  The core mission of FSC, SFI, and PEFC is to promote and add value to this challenging and globally important practice.  That’s what the CoC marketplace is designed to do, and why it should be kept simple and efficient.

One obvious idea to make CoC less complicated is to provide a single, generic standard that would allow tracing of any certification claim.  That’s what the new ISO standard is designed to do.  Whether it will be successful in this is doubtful, but the idea is sound and worthwhile.  Worthwhile enough – we think – for a closer look.

The idea for a single, generic Chain of Custody standard is not a new one.  When FSC and SFI were in their infancy, CoC was hardly considered at all.  All attention was on the daunting challenges of designing and implementing the core standards for sustainable forestry.  CoC, in contrast, was a minor detail.  FSC was the first (in 2002) to publish a standard. It was quite simple, but also entirely impractical.  Subsequent versions were more practical, but each one was more complex and confusing. SFI Inc. gave significant consideration to simply adopting and recognizing the FSC standard in 2005 but opted instead to copy the then-new PEFC standard.

The idea of using ISO, the preeminent global standards organization, to sponsor and publish a generic wood-products CoC standard was formalized in 2013 by the national standard-setting bodies of Brazil (ABNT) and Germany (DIN).  The project was instantly controversial enough that FSC and PEFC took the unusual decision to jointly oppose the application.  MixedWood wrote an article on this in July of 2013, describing their decision as “myopic and self-serving”.  Six years later, we still think it was.  Both FSC and PEFC were persuaded later to withdraw – or at least suspend – their disapproval. When the project launched in 2014, it received little attention until 2018, when a final discussion draft was announced.  Final approval was released in October 2018 and the document was published in January 2019.

We would like to report that the launch of ISO 38200 was a great and immediate success.  Unfortunately, it was not.  The approval and subsequent publication were promoted within the global standards community, but very little notice was given among its potential users.  One exception is this fine article (in German) by our colleague Ulf Sonntag.   Perhaps the most significant notice of the publication came in the form of a short press released by FSC in late January, where they describe ISO 38200 as “…not an appropriate alternative…” to “the only valid standard.”  Not exactly an endorsement, it is?  We find this disappointing, and as we said in 2013, both myopic and self-serving.

Like all ISO standard documents, the new ISO 38200 is copyrighted and only accessible for a fee.  We have obtained a copy and examined it in detail.  Experienced CoC-users will find it familiar.  In style, it closely resembles the current PEFC CoC standard (PEFC ST 2002:2013).  As expected, it incorporates all of the standard ISO management system elements, some of which are omitted in the FSC standard.  Overall, it is a well-organized and practical standard that should be straightforward for any current CoC company to implement.

ISO 38200 shows some signs of limited and incomplete vetting, that may be the result of its unfriendly reception by FSC.  In particular, the section dealing with Chain of Custody claim assignment systems (Clause 8: Physical Separation, Percentage, Credit) is rather poorly presented.  Concepts are clear enough, but the language is rather awkward in places. Disappointing for an ISO standard.

The ISO drafters went out of their way to avoid conflicts with existing certification programs.  ISO 38200 includes specific requirements for obtaining “approval” and “permission” from scheme-owners prior to making claims of “certified” status.  Whether this improves the standards utility or ensures its failure remains to be seen.

The most promising feature of the new standard is its flexibility and adaptability.  It recognizes and invites the use of independent product claims, such as “90% North American sourcing” or “Sustainable Forestry Preferred”.   In each case, the new claim must be clearly and publicly defined and based on verifiable information.  This could go a long way towards inspiring creativity and even reducing the “Greenwashing” claims that still plague our marketplace.  The downside, of course, may be a proliferation of competing claims.  We think the requirement for transparency and verification is a big step forward and may even inspire FSC and SFI to improve their systems.

Revolution or Flash in the Pan? 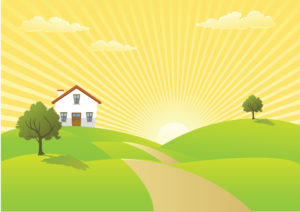 We would like to predict that the release of ISO 38200 promises to ignite an exciting transition of streamlining and efficiency in the Chain of Custody marketplace.  We would like to, but we cannot.

We think the opportunity exists, but seizing this opportunity will require some courage and risk-taking.  Stepping away from the burden of maintaining a Chain of Custody standard could be a very healthy and productive move for FSC, SFI, and PEFC. It would allow them to focus more closely on their similar core missions: promoting sustainable forests and forestry. Done properly, they could maintain control of their Trademarks and even protect the important income streams that come with licensing.  It would not be an easy transition but could finally break the pattern of “creeping complexity” that has plagued us for years.

Is it significant that only FSC has publicly dismissed the publication of ISO 38200?  We hope so. Here in North America, the SFI program has suffered for years as a distant second-place alternative to FSC certification.  Will they be bold enough to adopt the new international, generic CoC standard?

Please let us know what you think.  Have you been discussing ISO 38200 with colleagues?  Do you have ideas about how – or whether – it may become important?  Do you think it is hopeless?  We’re interested.  Please drop us a line at blog@70.39.249.27.