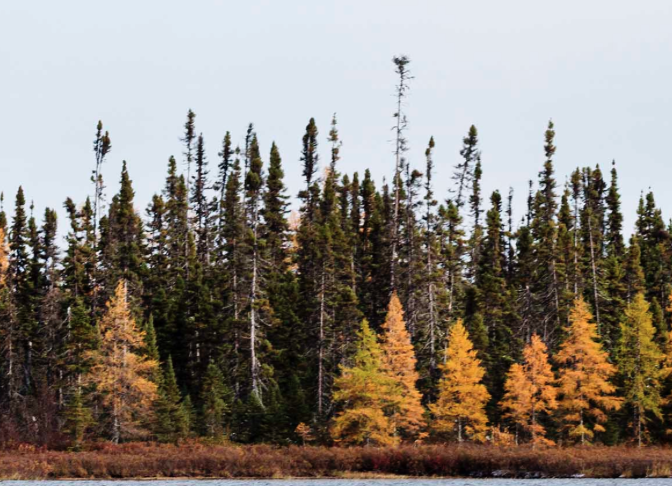 The ugly and rather public dispute between FSC-Canada and one of its largest and most influential stakeholders continues to generate real concerns for SFM stakeholders around the world.  MixedWood wrote about this “drama” in December, and provided another followup early in the new year.  At that time, we expressed hope that the parties would come to appreciate their shared interests, that cooler heads would prevail, and that the very real and challenging issues of concern would be resolved over time.  Recent signs, however, are not encouraging.

Many in the business (including MixedWood) were encouraged at FSC’s offer to facilitate a “mediation” process with Resolute Forest Products and some of its critics.  Resolute publicly expressed some reasonable concerns about the role of the provincial government – particularly Quebec.  Unstated, but clearly important, was the role Greenpeace. We expressed hope that this story would drift into background as the players found ways to communicate directly and stopped debating in the press.  So far, we are disappointed.

Early this month, FSC released two – very different –  press statements on the same day.  The first one has this hopeful title:  “FSC Acknowledges strong stakeholder support during recent Canadian tour”.  Written over the signature of Director General Kim Cartensen, it describes a series of meetings held late in January.  Meetings that provided “strong stakeholder support and constructive feedback”.  According to what we have been told, the FSC staff received quite an earful.  Representatives of Canadian forest product companies expressed the widespread alarm about radical challenges that FSC threatens to impose on their business.  Some stakeholders even accused FSC of trying to subvert the will of the Canadian public in managing their forest.  To his credit, Cartensen acknowledges the difficulties; saying that FSC is “not blind to the challenges ahead.”  The statement goes on to say, “We must now come together to speak with each other, to rebuild trust and find solutions to the very real challenges we all face.”

Unfortunately, this was only half of the story.  The second press statement sets a very different tone.

This statement is positively bizarre.  Viewed on its own, it would be strange.  Viewed alongside the other statement (published the same day!), the effect is downright shocking.  Cartensen is saying, on the one hand, that stakeholders with disparate perspectives must “come together…to rebuild trust”.

But not this stakeholder.  This member of our community is clearly evil and must be expelled.  Really?

It appears that at least one direct meeting occurred between Cartensen and Richard Garneau (CEO of Resolute).  Clearly they disagreed.  Is that the whole story?  Did they seek a neutral, trusted facilitator?  Were the provinces of Quebec or Ontario (who actually own the Resolute-managed land) consulted?  How could they have simply given up?

It is widely assumed that the root of this dispute lies in Resolute’s pending lawsuit against Greenpeace Canada.  Is this true?  Why is this not plainly stated?  Is Greenpeace acting honorably in this affair?  Is FSC prepared to hold them accountable for their part in these troubles?

As one of the largest, FSC-certified land management companies in the world, Resolute is important in its own right.  But this situation affects far more than Resolute.  It is calling into question the viability of FSC certification in all of Canada – host to nearly 1/3 of all FSC-certified forests in the world.  Commentators in the public press are beginning to take notice, and ask questions:

Can the Quebec and Canadian forest product sector afford FSC? Can they afford to lose it?

Is it fair to rely on rural Canada to bear the cost of the world’s Intact Forest conservation agenda?

Is FSC adopting the Greenpeace campaign against corporate forest industry?

The second 4 February press statement states that “The Board will be asked to consider Resolute Forest Products destitution as a member of FSC…”  We hope that this will finally provide the opportunity for everyone to calm down and take a deep breath.  MixedWood calls upon the FSC Board of Directors to reflect upon this excerpt from the first press statement:

FSC is a platform for democratic engagement with a long and successful history of bringing disparate interests together to solve challenging problems. This is what we do.

We agree.  Let us not forget that ‘democratic engagement’ is hard work, and that “disparate interests” often resist being brought together.  We have all worked too long and too hard to give up now.  After all, “this is what we do”, right?